Because we had a lawyer involved every step of the way, we were able to catch the insurance company’s significant misstep.

A few years ago, we were contacted by a young lady who worked at a fast food restaurant near Kansas City, Missouri. For this article, we will call her Emily, but that is not her real name. 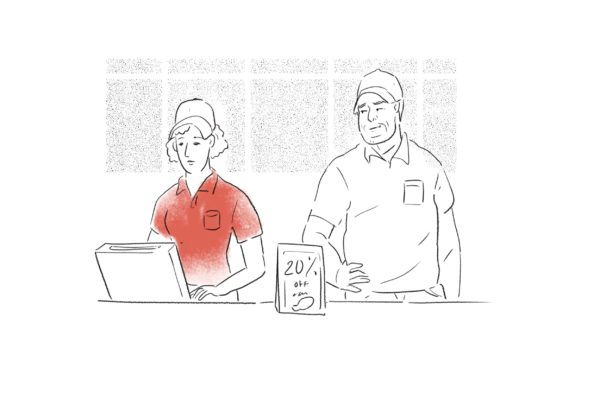 Emily told us a story about how the owner of the restaurant would come in and tell dirty jokes and ask her inappropriate questions about her sex life. One day, Emily believed (but the owner denied) that he brushed his hand on her bottom while ostensibly passing her behind the counter. The owner was in his 60s; Emily was a high school senior.

Emily was fed up with the owner’s antics and wanted help. Many lawyers won’t take a case like this. Emily’s only obvious claim was for sexual harassment, but judges often throw out sexual harassment claims if the primary complaint is an occasional dirty joke or inappropriate question. All the same, we decided to take a chance on Emily—she was obviously telling the truth, and this owner’s behavior infuriated us.

We first sent a letter to the restaurant owner letting him know that we would be representing Emily and that he needed to preserve any records related to her employment. We also told him that his scheduler should call our lead attorney, Tim Riemann, directly to get Emily back on the schedule at times when the owner will not be there. The owner promptly called his insurance company and, a few days later, the insurance company started a dialogue directly with Tim.

In other stories, like Sit Back, Relax, Collect $50,000, we’ve written about why it is so important for a lawyer to be involved every step of the way, and this is another great example. After several weeks of negotiations, and with Emily still not on the schedule, we sent a new letter to the owner asserting that Emily had been constructively discharged from her job and that a retaliation claim would be added to the sexual harassment charge.

The insurance adjuster called Tim the same day that we sent that letter, and she claimed there had been a misunderstanding—according to the adjuster, she was the one who told the scheduler NOT to call Tim. We knew right away that this would be problematic for the insurance company because, if what the adjuster said were true, then the insurance company had instructed its insured to retaliate against Emily by not scheduling her for additional shifts.

We immediately amended Emily’s charge with the Missouri Human Rights Commission by adding the insurance company as a defendant. Just as we were about to file Emily’s lawsuit, the insurance company, this time represented by competent defense attorneys, reached out and asked us to mediate—it did not want to have to defend its actions in court.

Emily is an impressive young woman, so she was easily able to secure new, higher-paying employment within a few days of her discharge from the fast food restaurant. Her lost wages were only a few hundred dollars. Every case is different, but it is not unusual for a case like Emily’s to settle for a few thousand dollars, sometimes $10,000. Because we had a lawyer involved every step of the way and were able to catch the insurance company’s significant misstep, we settled Emily’s case for $98,000. This was more than three years’ wages for Emily, and it gave her a head start on life that few people get. We were thrilled for her.

You might be wondering why we have not used Emily’s real name and have not told you which insurance company was involved or the name of the fast food restaurant. The answer is simple: the settlement we achieved for Emily was so good that the insurance company required that we never tell anyone its name, the name of the fast food restaurant where Emily worked, or Emily’s true identity. This happens when you get great results, and it happens to us often. One time, we even were required to never disclose the name of the defense attorneys! You can skip to that story here: The Hit & Run.