By the time Christina finished telling us her story, we had little doubt that she’d been illegally discriminated against.

In January of 2019, we received a message from Christina, a young woman who had just been fired from her job as an attendant at Pete’s gas station in Fort Scott, Kansas. As soon as Christina told us her story, we knew we wanted to represent her.

Christina is a transgender woman. She grew up in and around Fort Scott, Kansas, which wasn’t easy. As a young adult, Christina moved for a short time to Oklahoma where she worked at a local Wal-Mart. She lost that job and, ever since, she’s felt that she was fired because, although she was born male, she dressed and identified as female.

After she lost her job in Oklahoma, Christina moved back to Fort Scott. She was broke and needed to find work immediately. Christina, still stinging from her Oklahoma experience, decided that the safest thing for her to do would be to present as male at her upcoming job interviews.

Christina applied for a job at Pete’s of Erie, Inc., a company that owns dozens of gas stations in Kansas, Missouri, and Oklahoma. One of the people she interviewed with was the District Manager, a man who oversees several of the gas stations. During her interview, Christina did not mention that she was transgender, and she wore typical male clothing. She was hired immediately and started work in mid-December of 2018.

Christina was an ideal employee—hard working, conscientious, and pleasant to be around—but she was not happy pretending to be male when, in fact, she was female. During her second week of work, Christina told the store manager (not the District Manager who hired her) she was transgender and asked if it would be okay if she presented as female. The store manager said that would be fine because “Pete’s is not allowed to discriminate,” which seemed like an odd response.

Christina worked the next few weeks without incident—she was good at her job. In fact, everything was fine until the District Manager learned that Christina was presenting as female at the store. On January 11, 2019, the District Manager fired Christina stating only that: “We are exercising our at-will right to terminate you.” He would not give any substantive reason for firing her, and, of course, she’d done nothing wrong.

By the time Christina finished telling us her story, we had little doubt that she’d been illegally discriminated against. In this day and age, employers never tell you that you’re being fired because you are transgender or because of your race or age. Employers often are too smart to openly admit that they are illegally discriminating against someone.

We quickly filed a Charge of Discrimination on Christina’s behalf with the EEOC alleging that Pete’s had illegally discriminated against her and retaliated against her after she protested. The EEOC receives tens of thousands of charges each year—in 2019, for example, it received 72,675. A very small percentage of these are determined by the EEOC to have “probable cause.”

Christina’s charge was one in which the EEOC investigated and determined that probable cause existed that Pete’s illegally discriminated against her. We worked with the EEOC and, together, achieved a tremendous victory for Christina—she received a monetary settlement equal to approximately 25 times her lost wages—and the EEOC forced Pete’s to change its policies and practices so that, hopefully, Pete’s does not illegally discriminate against anyone else.

We are happy to report that Christina has moved on and is doing well, despite this rocky start to her professional life. We are very proud of her, and we’re grateful that she trusted us to handle her case.

At Riemann Injury Litigation, we do not hesitate to advance the legal interests of the LGBTQ community. We are allies in every sense of the word. To discuss your case, call us at 816-348-3003, or send us a message and we will get in touch with you right away. Initial consultations are always free. 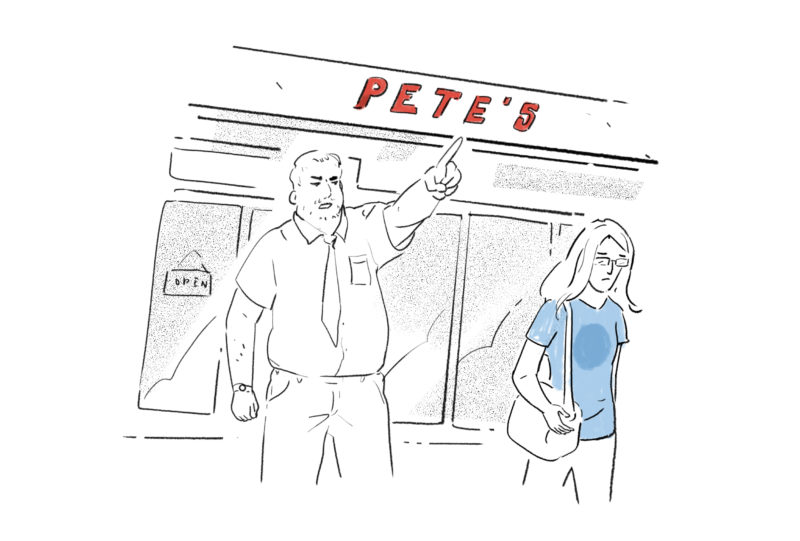 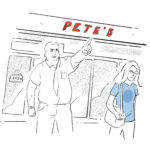 I am a transgender woman. I was terminated from an employer for speaking about concerns I had regarding accommodations for trans individuals. Needless to say I was devastated, and I didn’t know what to do. After looking online trying to find an attorney I came across Tim Riemann. He was extremely helpful in helping me understand my options, he didn’t hesitate to take my case and worked with me the entire time. He genuinely cares about his clients.

During the process I came under some financial difficulties and talked to Tim about it. I asked if we could settle for the amount that had been offered. Tim told me that in his honest opinion I would be making a mistake to settle for that amount. He instead helped me find an alternative so we could continue and not settle for less. A couple of months later we settled for more than double the amount I would have accepted but for Tim’s guidance.