Had the lifeguards done their job correctly, Wyatt likely would have lived.

This is a story about a young man from Manhattan, Kansas named Wyatt Balman. Wyatt was the second of John and Seana Balman’s six children, and, like his brothers and sisters, he was a superstar. Wyatt was a musician and performer, excelling in high school theater productions. He also was an exceptional athlete, captaining the Manhattan High School swim team and, later, swimming collegiately at Soka University in southern California. Most importantly, Wyatt was a really, really good person. One of his proudest accomplishments was starting the Manhattan, Kansas Special Olympics swim team; he was so proud of this that he kept his Special Olympics credentials in his wallet at all times.

Like many universities, Soka shut down its facilities during the pandemic, so Wyatt temporarily moved back home with his Mom, Dad, and younger siblings.

On October 13, 2020, Wyatt, his little sister, and several of her friends, went to the Indoor Aquatic Center in nearby Wamego, Kansas to swim laps for exercise and to stay in shape for the upcoming swim season.

Wyatt swam laps for approximately thirty minutes with no trouble at all. Around 7:30 p.m., however, something changed. Video from security cameras inside the facility show that Wyatt, who up until that point had been swimming in straight lines, was starting to swerve and swim erratically. Less than one minute later, Wyatt stopped swimming entirely. Wyatt was underwater. He was not moving.

Two lifeguards (one male, one female) employed by the City of Wamego were on duty that evening. Tragically, neither was paying attention; thus, neither came to Wyatt’s aid in a timely manner.

Unbeknownst to Wyatt, he had a preexisting medical condition that can cause fainting. Had the lifeguards done their job correctly, Wyatt likely would have lived.

The American Red Cross Lifeguarding Manual is the universally-accepted authority with respect to the duties and standards of care for lifeguards. According to the American Red Cross, properly-trained, competent lifeguards should constantly surveille their assigned sections of the pool and should be able to recognize and respond to a drowning victim within 30 seconds of the victim’s showing any sign of distress. In addition, within 1½ to 2 minutes, lifeguards should be able to get to a victim, extricate him from the water, and start life-saving ventilations.

Sadly, Wamego’s lifeguards completely abdicated their lifeguarding duties. They did not vigilantly surveille the pool. Instead, they sat in lounge chairs (not the elevated lifeguarding chair) near the entrance and appeared to be playing on their phones. This is particularly troubling given that, in addition to 20-year-old Wyatt, many children were swimming that evening.

Eventually, Wyatt’s little sister realized that he was in distress and raised him above the water. At this point, Wyatt had been underwater for approximately six minutes. Up until the point when Wyatt’s sister intervened, the lifeguards made zero effort to assist Wyatt, despite standing directly over him (and staring at him) by the side of the pool for more than two minutes.

After Wyatt’s sister brought him above water, the lifeguards demonstrated their incompetence once again. First, the male lifeguard began giving chest compressions when he should first have ventilated him (i.e., given mouth-to-mouth). Second, the male lifeguard directed a child—one who had just been swimming at the pool and had no CPR training—to give Wyatt mouth-to-mouth. Lifeguards should never delegate life-saving responsibilities to children or anyone of lesser skill than the lifeguard.

The video of this incident also showed that the City of Wamego was ill prepared for an emergency at the pool. The lifeguards do not appear to have been trained properly—they didn’t even have ready access to a defibrillator, which was behind a locked door. As one Wamego resident told me: “The whole event was just shameful.”

The lifeguards’ extreme negligence dashed any hope that Wyatt could be resuscitated—most people can hold their breath for between 30 seconds and 2 minutes; Wyatt was under water for six minutes.

A month after Wyatt’s passing, I received a call from John Balman, Wyatt’s father. Several of my family members live in Wamego, so I already had heard that there had been an incident at the pool.

The next weekend, I went to visit John and Seana at their home and agreed to help them get to the bottom of what happened to their son. Unfortunately, I had to deliver some bad news, too. Many years ago, the Kansas Legislature rigged the system to favor municipalities, like the City of Wamego, and to limit the damages one can assess against a Kansas municipality.

In this case, to recovery anything, we would have to prove that Wamego and its lifeguards acted with gross and wanton negligence—a very high bar. Even if we prevailed, because Wyatt had no wife or kids and his parents did not rely on him for financial support, we likely would be limited to the $250,000 pain and suffering wrongful death cap. Even if we somehow broke through the wrongful death cap, we would be limited to a $500,000 recovery under the Kansas Tort Claims Act. These public policies likely were enacted with the best of intentions—to encourage municipalities to provide recreational facilities—but they lead to horrible outcomes whereby injured parties are forced to individually bear the burdens of municipal incompetence.

Given Wamego’s lifeguards’ complete failure to do their jobs, we were confident that we could show gross and wanton negligence, and John and Seana understood that, unfortunately, caps would prevent them from receiving compensation even remotely commensurate with their actual pain and suffering. We submitted a notice of claim to Wamego, and, several months later, Wamego agreed to mediate.

John and Seana were deeply concerned with the fact that Wyatt’s death and the lifeguards’ obvious failures had not prompted Wamego to immediately upgrade its safety protocols. (Indeed, within a week of reopening the pool after Wyatt’s passing, Wamego received complaints that its lifeguards still were playing on their phones and not doing their jobs.) To try to bring about positive change, and as a prerequisite to mediating this dispute, John and Seana required the City of Wamego to significantly enhance its safety protocols and to publish the changes as part of any settlement, which Wamego agreed to do. For its part, Wamego’s insurer did the right thing by agreeing to pay $350,000 to John and Seana to satisfy Wamego’s legal liability. John and Seana have already established the Thomas Wyatt Balman Memorial Aquatics Fund, and this money will go a long way to getting a safety institute up and running.  You can review a copy of the settlement agreement, including the policy changes, here: 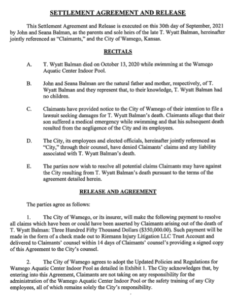 A Final Word About Wyatt

Lastly, we would be remiss if we didn’t finish this case story with a few more words about Wyatt. When we were preparing this case, we read every memorial and watched every video tribute that we could find. One, in particular, really spoke to us. It was a video tribute created by Wyatt’s teammates from the Soka University swim team. It’s called the Swim Team Tribute. You won’t regret watching it. In the video, Wyatt’s teammates talk about what a kind, genuine person he was, “like sunshine after the rain.” To further honor Wyatt’s memory, Soka University created the Thomas Wyatt Balman Award, which is annually awarded to the “ultimate teammate.” According to Soka, it is the highest honor a student-athlete can achieve.

We feel blessed to have had the opportunity to meet Wyatt through the memories of his friends and family. He was a truly special young man.

At Riemann Injury Litigation, every client gets individual attention and our very best efforts. To discuss your case, call us at 816-348-3003, or send us a message and we will get in touch with you right away. Initial consultations are always free. 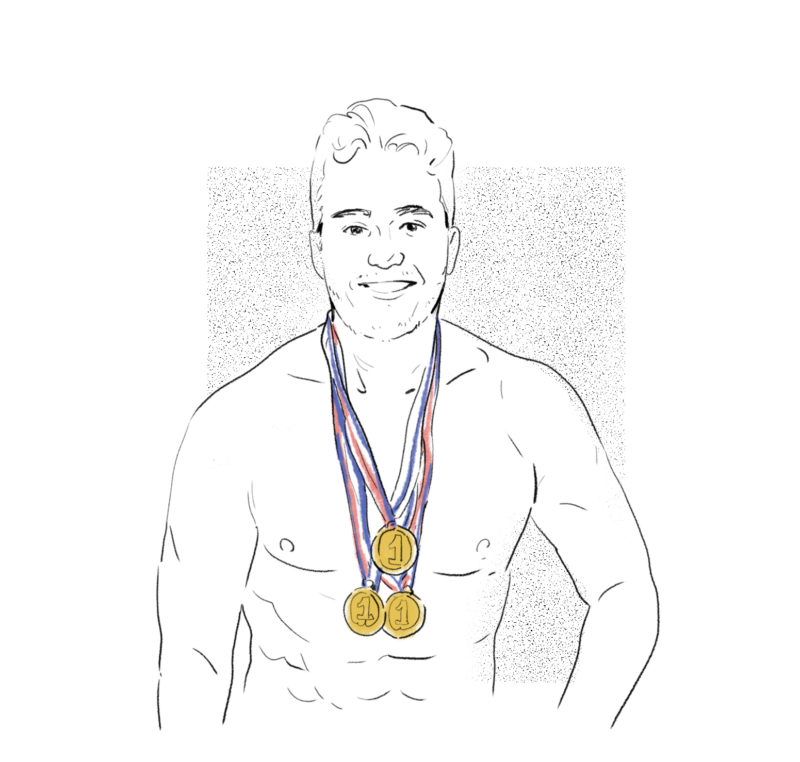